The Lab is a Private Area, which Masticationpedia reserves to those Community members who will help in developing and optimizing content, either brand new content never published before, or existing content which needs intervention because of mistakes, implementation, or other reasons.

It is called Editorial Laboratory, or Ed.Lab., or simply the Lab.

The Lab is hosted on a separate wiki, and the access to it is restricted to those users who have been granted the editor editing rights.

In the Editorial Lab there are chapters, sub-chapters and articles that must be finalized by the authors with the permission of the' editor' and which can also be implemented by other colleagues, members of Masticationpedia, who require the permission of the publisher. In this way Masticationpedia will become a dynamic Science laboratory in which all the actors participating in the implementation of the chapter will be considered co-authors. 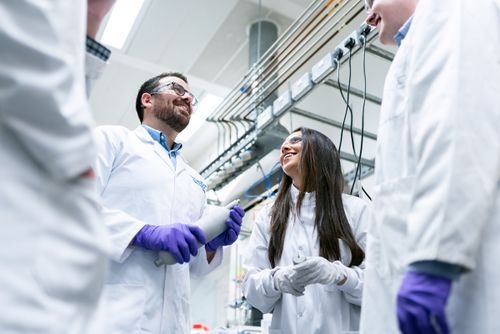 In addition to this function, in Ed.Lab it is possible to propose chapters which, if corresponding to the established editorial strategy, will be included in the section to be implemented.

The implementation steps are as follows:

This content can be found in the LAB, at the page Intro
Editors only