On its platform, The Charity's policy does not allow the presence of advertisements or banners. It nevertheless favours ethical sponsorship, based on the criteria of honesty and practical usefulness for the user of the information transmitted, which are described below.

Hyper-textual links to the manufacturer will not be activated at the sponsor’s request, as it will only be inserted during editorial processing, without any commitment from the industry or institution. The interested party is, therefore, left free to consider a donation or sponsorship to the Masticationpedia project.

How does it work in practice? We have summarized three examples in which the links we are talking about are highlighted on a yellow background (only for these examples).

Nihon Koden Tokyo, Japan Although the piezoelectric-triggered hammer in use for the mandibular reflex does not provide controlled reproducibility and a quantification of the stimulus intensity, simultaneous recordings of the two sides are considered an essential method for the accurate and acceptable evaluation of the side asymmetry as can be seen in Fig.1 which represents an EMG trace of the jaw jerk (Nemus2 NGF, EB Neuro, Firenze, Italy) recorded on the right (upper trace) and left (lower trace) masseters. The latency asymmetry is very small, ranging from 0 to 1 ms with an average of 0.13 ms (SD 0.17) in 131 normal subjects. Although jaw jerk may be delayed by several milliseconds in trigeminal neuropathy or multiple sclerosis, latency asymmetries of only 0.8 ms were considered as an upper normal limit in neurological studies. (Figure 1).

Figure 2: Electromyographic tracing of the Masseterino Recovery Cycle performed with Nihon Koden instrumentation, Tokio, Japan
Representation of the recovery cycle of the masseter inhibitory reflex. Note the pair of electrical stimuli (S1 and S2) and the corresponding silent periods ((ES1 and ES2)) in Fig.2 of the EMG trace performed with Nihon Koden instrumentation. 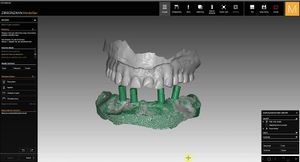 Figure 3: Alignment carried out with the CAD / CAM Zirkonzahn Zirkonzahn system
On the site, you can find references to dental instruments as in the case in which the online update refers to CAD / CAM systems. Beyond the certifications and/or reassurances of precision, resolution and more, during our professional life we have witnessed a series of bioengineering errors which a colleague, who is not very attentive to the technologies and the genesis of bioengineering phenomena, can overlook while at Masticationpedia, established by researchers, mathematicians, or engineers, it hardly goes unnoticed. For this reason, for each article and topic considered, both the editorial content and the discussion will appear in addition to the hypertext reference to the manufacturer. (Figure 3)

Do you want to support us with an ethical sponsorship?

Write us at info

masticationpedia.org to receive all the information in this regard.