Masticationpedia is made up of a group of physicians, dentists, and other professionals such as engineers, mathematicians or physicists who, after a life spent in professionalism and scientific research, have developed the idea of transferring part of their knowledge and professional experience to humanity. They seek to stimulate new research and encourage new studies through one of the most sensational and democratic communication tools from the last century: the web. 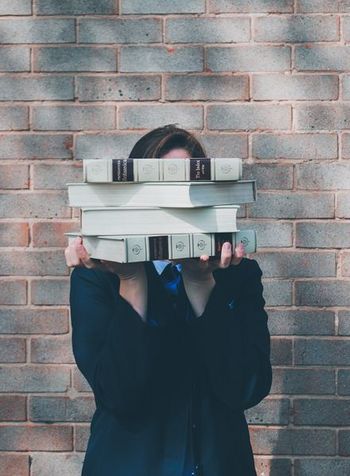 We approach the web not after reaching the end of a long journey, but with the spirit of starting a new one. We believe it will not be a short one and it will encourage dialectic of research, scholarly collaborations, and dissemination of knowledge that anyone can freely benefit from.

We do not bring a finished and pre-packaged scientific product online. We humbly offer a starting point, which has been built for a long time, for the development of new scientific knowledge and the growth of the discipline. We have chosen the web for the purpose, as it has proved to be most successful in collaboration and cooperation through open and transparent public discussions.

For this reason Masticationpedia is a native Scientific Community which is facing great tasks.

Masticationpedia is the site of the Charity, a non-profit (and non-governmental) entity under British law, which assumes all the organizational and logistical functions.

The Charity lives and feeds on the voluntary support of participants and donors. Masticationpedia does not receive funds, grants, or any other kind of help from public and/or government agencies either as a site or as a charity. It only admits donations from companies (machinery manufacturers, for the most part) as ethical sponsorships and these are duly mentioned, and also linked to the companies concerned if required, irrespective of donations from members No sponsor is allowed to influence the contents of Masticationpedia and no information appears differently depending on which company is mentioned in an article.

Actually, we would like individual spontaneous donations to prevail and indeed become our typical and perhaps exclusive form of financing in the best interests of free knowledge projects. You too can help us achieve this, right now.

With its name, Masticationpedia indicates that its main topic deals with physiopathogenesis of the Masticatory System. This informal definition, clear to professionals but mysterious to common people, roughly means the causes of diseases and disorders that afflict people in the apparatuses and systems that allow them to eat when chewing, especially at the beginning of food processing. Chewing (mastication), then, and pedia, a word that comes from the ancient Greek παιδεία (paideia), education.

We want to learn about mastication, we would like to be helpful to those who intend to learn, or to deepen their knowledge on mastication. There is a lot of research and knowledge that people deserve to know before they open their mouths, or as scientists, before they take a look at the patient's mouth.

However, the physiopathogenesis we are looking at, as you will see further on in the reading, involves a myriad of complex and interdisciplinary topics, which we called professionals and scholars from different disciplines to describe. For this reason, interventions will appear by mathematicians and engineers, as well as (more frequently) other interventions by Medical Doctors, working in disciplines other than dentistry.

Dentists are no more the exclusive custodians of the "secrets" of this matter: to better understand the phenomena we observe, it proved to be more useful (and more logical) to broaden the range of possible points of view. It will not be surprising, therefore, that elements of philosophy may emerge here and there; in fact, there is no science that can refrain from asking questions and reflecting, from time to time, on human beings in all their depth and complexity. No MD can can consider himself/herself exempted. Not even for mastication.

Masticationpedia can be read in different ways, however it has a mission and intends to pursue it with its maximum commitment, with maximum transparency. With the widest openness.